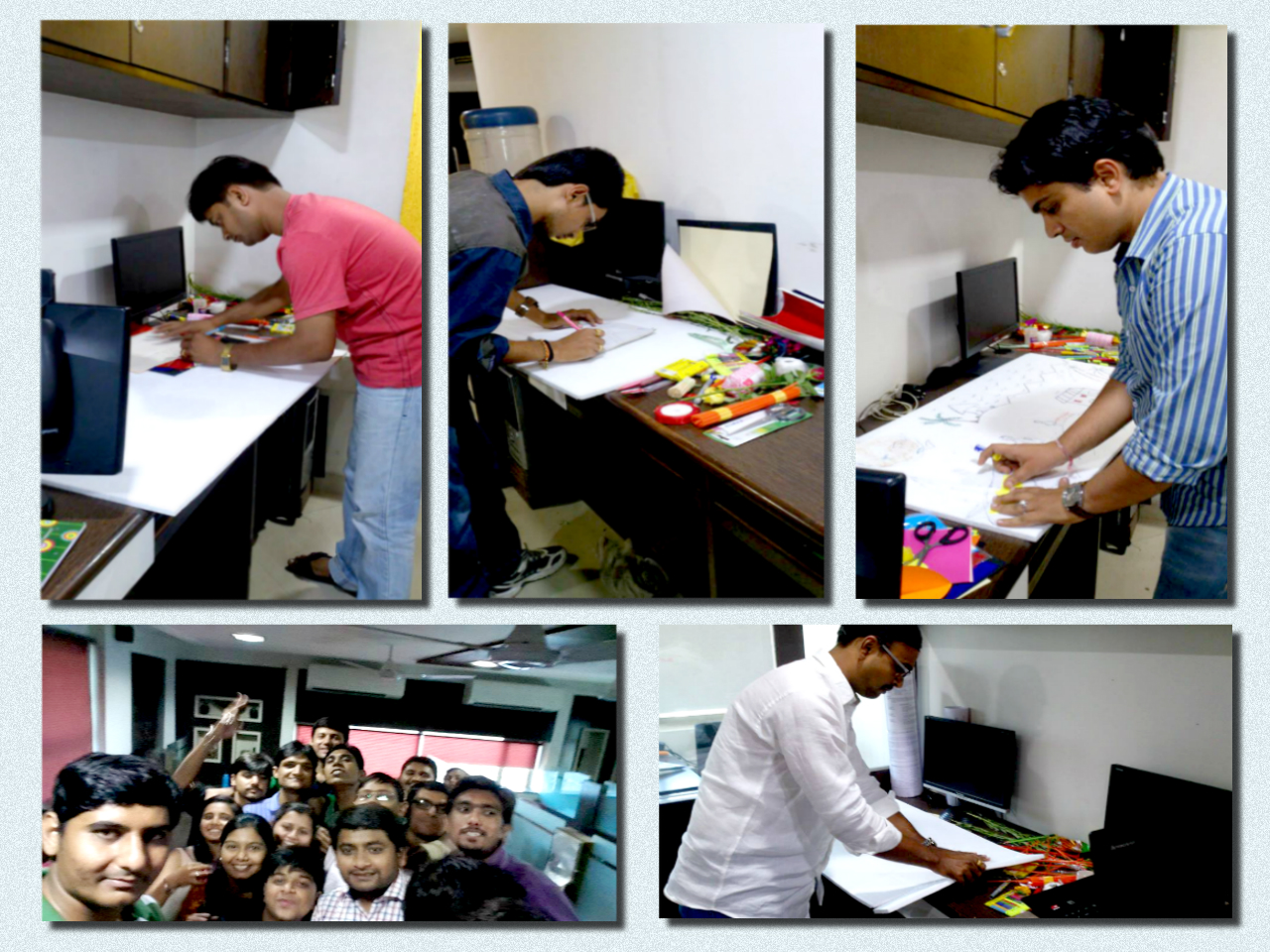 When it comes to Relay, the first thought most people will have is that of a relay race event. Yet, being in Ahmedabad, during May, where there is a scorching heat wave going on, a Relay Race is out of an option.

At Concept Infoway being a software development company, we are always focused towards maintaining work-life-and-entertainment balance for all its employees.  Working with the same mindset, this time we had organized a Relay Event was organized on Saturday May 30, 2015. The event was based on the concept of Relay Cooking aired on Master Chef Australia, Season 7th; however, instead of cooking, the entire event was split into two sections – wherein the first half was focused towards the art of drawing and the latter half was focused towards the crafting art. Checkout our news section for more updates.

Why a relay event?

A Relay is not only about the teamwork, yet it focused on several other aspects such as sportsmanship, healthy competition, trusting on your superiors and at the same time on your colleagues, and making the things perfect even if there was any miss-happening happened by your colleague. With all these attributes focused, a relay event allowed the team at Concept Infoway to work and jell together despite of being a part of different departments. For instance, the PHP Department who mostly never get a chance to work with the .Net Department, and vice-versa, got a chance to work with each other in a single team. Besides, the event also allowed the new joined and trainee to be a part of the team and get to know the rest of the staff in a much better way.

What was in the Relay?

Anyways, as said the entire relay event was split into two sections of Drawing and Craft, respectively, wherein there were four teams of average 32 individuals in each. Each team had to start the relay with their choice of first individual, and thereafter the relay continued with individuals performing one after one. The interesting part was that no team member was aware about the activity that they had to perform, until they were on the field.

During the first relay event of drawing, the theme was given of a “Fun-Fair”, wherein the first individual would start with his / her own thoughts of creating the same on the canvas, and the later team would take-over it one after another. As none of the team member was aware about the type and theme of the event, until they are on the field; it resulted into full fun and excitement. There was a time slot given of 5 minutes for each individual, and all four teams have to work simultaneously, wherein the results was declared, once the entire event was completed.

The results were not so convincing, yet at the same time the overall team efforts were remarkable, appreciable. This was actually, Concept Infoway had in mind, while organizing such event.

Please feel free to share your comments / feedbacks regarding the event, as well as how we can improve and make ourselves better.

A Brief on Android App Development

Asp.net is a powerful framework used for the development of dynamic web pages, website and web based applications....
View More